Welcome to The Queens Head Wine Pub, northern Michigan’s newest destination attraction. Settled cozily at 250 N. Huron Street in downtown Cheboygan, The Queens Head beckons those from near and far to discover her warm friendly atmosphere, incredible food and the most complete wine selection one could ask for. Bring your hunger and your thirst and leave feeling as if you are part of the Royal Family. 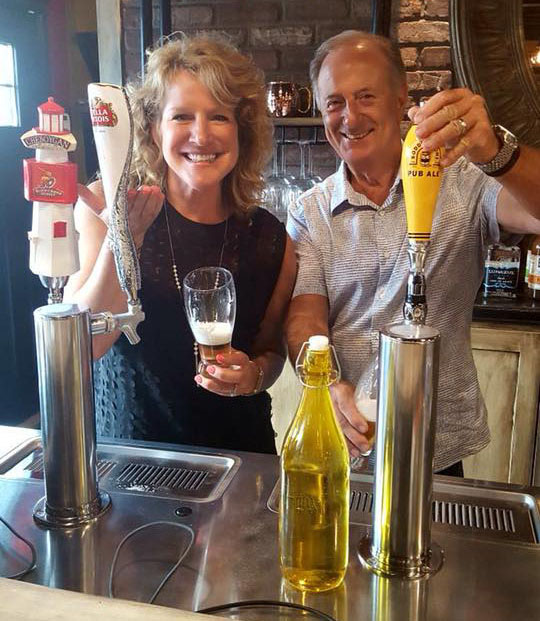 The Queens Head offers a diverse option of fine libations!

The Queens Head Wine Pub is proud to offer small dishes, meant to share! Bring one, bring all! For a complete menu, visit our Menu Page.

What better way to relax and unwind? Join us for one of our draught beers!

A unique twist on a great American-style wheat beer, with the addition of fresh local wildflower honey mixed with blood orange zest, and blood orange puree - $5.5

This sophisticated Belgian beer has a well-balanced flavor profile — pleasantly bitter with a refreshing finish — that makes it extremely versatile and a great pairing for dishes from around the world - $5.5

Boddingtons Brewery was a regional brewery in Manchester, England, which owned pubs throughout the North West. Boddingtons was best known for Boddingtons Bitter (Boddies), a straw-golden, hoppy bitter which was one of the first beers to be packaged in cans containing a widget, giving it a creamy draught-style head - $7

*In the event of a storm or very few customers, we may close earlier than indicated